Billboard magazine named Diana Krall the second Jazz Artist of the Decade (2000–09). She's the only jazz singer to have had eight albums debuting at the top of the Billboard Jazz Albums, and has won three Grammy Awards and eight Juno Awards. Enjoy Diana Krall on these channels, as we celebrate Jazz Appreciation Month!

From Billie Holiday to Diana Krall

Jazz Scene: Canada
Canadian masters like Oscar Peterson and Kenny Wheeler, and so much more

The Sunday Brazilian Brunch
Breezy Bossas and sun-kissed Sambas, it’s the softer side of Brazilian song

One Song Radio: "Have Yourself a Merry..."
A celebration of Hugh Martin and Ralph Blane's 1944 Christmas classic

The Johnny Mercer Songbook
Many dozens of versions of songs written by composer, lyricist, and vocalist Johnny Mercer

Beatles Plus: Just Covers
Nothing but covers of songs written by George, John and/or Paul

The Richard Rodgers Songbook
Celebrating his centennary, with lyrics by Lorenz Hart and Oscar Hammerstein II 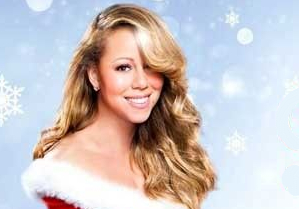 One Song Radio: "Let It Snow! Snow! Snow!"
A blizzard of different versions of this classic holiday tune

One Song Radio: "The Girl from Ipanema"
One "Girl", dozens of unique and inspiring versions of one of the most recorded songs in history.
Browse All AccuRadio Genres