A lot of alternative rock music from the '90s has stood the test of time. Seattle Grunge artists like Pearl Jam, Nirvana and Soundgarden are still very much a part of many music fan’s lives. Other alternative bands like Weezer, Green Day, and the Red Hot Chili Peppers continue to release new music and tour the country regularly.

But there are also numerous songs – some great, some not so much -- that only true children of the '90s alternative rock world are likely remember. Here are ten songs that made a splash when they were released but have since been left behind, as time and music have marched on. 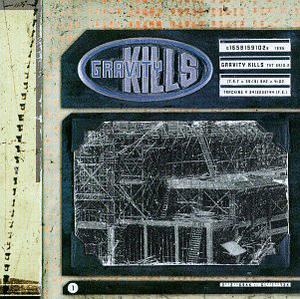 Very much in the vein of Nine Inch Nails and other industrial rock acts, Gravity Kills released their self-titled debut album, featuring the hard-driving track “Guilty” in 1996. Lead singer Jeff Scheel fronted the band, but equally important to their live sets was keyboard player Doug Firley, inventor of a unique keyboard stand that allowed him to move his instrument around and play it at a wild variety of angles and heights. The band first found fame when they submitted “Guilty” to a local artist contest held by KPNT-FM in their hometown of St. Louis.

An outlier artist that never quite fit in the grunge or riot grrrl movements, L7 chose its name because the two characters together represent a square, which they felt was gender neutral. Their best-known track, “Pretend We’re Dead” came off the Bricks are Heavy album and was featured in two video games: Grand Theft Auto: San Andreas and Rock Band 2. Like many great songs, the inspiration for this track was heartbreak, as guitarist and songwriter Donita Sparks was getting over a breakup when she wrote the lyric “I just pretend that you’re dead.” Thinking that this wasn’t great karma, she changed it to “When we pretend that we’re dead.” The rest is history! 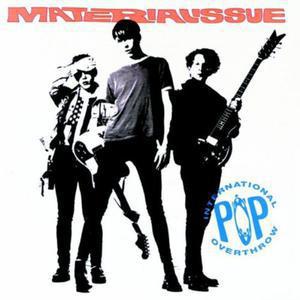 Released at the exact same time that grunge began to take over the world of rock music, “Valerie Loves Me,” by Chicago band Material Issue is best characterized as a case of a great song with bad timing. The band’s music is often described as power pop and would have been a much better fit in the late nineties when artists like Sugar Ray, Matchbox 20 and the Goo Goo Dolls were dominating the alternative rock and pop scenes. “Valerie Loves Me” might have been an enduring hit if the timing had just been a bit better.

Formed in 1984 and considered one of the influential bands that pre-dated '90s grunge, it took until 1994 for Dinosaur Jr. to break through commercially with the song “Feel the Pain.” Guitar player and lead vocalist J. Mascis says he wrote the song’s memorable riff while on tour. One day he was playing it and singing the lyric “I feel the pain of everyone” when a friend answered, “and then I feel nothing.”

Coming off the band’s second studio album, the lyrics for “Got You Where I Want You” were inspired by a friend of The Flys' lead singer Alan Paskowitz, who was trying everything he could think of to get a woman’s phone number one night at a bar. The song was featured in the film Disturbing Behavior and the video included the stars of the movie, Katie Holmes and James Marsden. In an interview with MTV, the video’s director explained that they really only wanted Holmes but ended up with both actors participating. 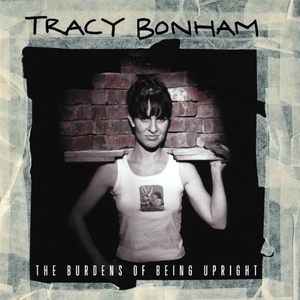 Raised in Eugene, Oregon, Tracy Bonham was a classically trained violinist and pianist who taught herself how to play guitar. The song starts easily enough, seeming to recount a mundane conversation between a mother and daughter. That is until the chorus, where things take a turn as Bonham screams, “I’m freezing, I’m starving, I’m bleeding to death, everything’s fine.” True nineties alt-rock fans may also remember that the song actually had two different videos, one of which included Bonham’s mother.

While seemingly an innocent ode to the little snacks the gang used to feed their furry friends in the Scooby Doo cartoons, this Fun Lovin' Criminals song is actually about the drug Valium. Part of what made the song famous was that it sampled lines from two Quentin Tarantino’s movies, “Reservoir Dogs” and “Pulp Fiction.” Eventually Tarantino would demand 37% of the song’s royalties and a writing credit for the use of the clips. 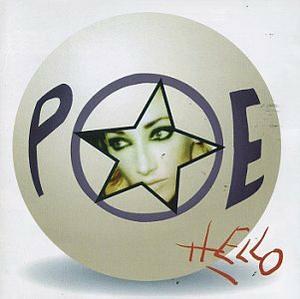 Featuring the lyric “you can’t talk to a psycho like a normal human being,” "Trigger Happy Jack" was the song that introduced Poe to the world. The song featured Guns N’ Roses drummer Matt Sorum and was produced by Dave Jerden who had worked with Jane’s Addiction and Alice in Chains. In 1995, Poe was one of the earliest champions of social media, using it to communicate directly with her fans online long before Facebook and Twitter made it a standard practice. Not only did she go on to open a digital advertising agency, but in 2014, she was also named as a UNICEF Goodwill Ambassador after Yoko Ono invited her to participate in one of the charity's campaigns. 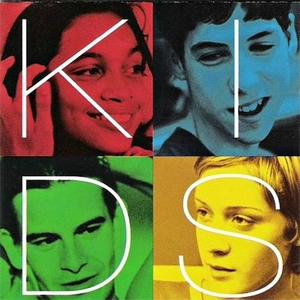 Folk Implosion was a side project of Lou Barlow, better known as a founding member of both Dinosaur Jr. and the lesser-known Sebadoh. This project began when Barlow received a tape from a librarian and aspiring songwriter named John Davis. The two began collaborating and recording together, but their efforts remained obscure until the Larry Clark movie Kids featured their efforts in the film's soundtrack. The movie, featuring the debuts of Chloe Sevigny, Rosario Dawson, Leo Fitzpatrick, and Justin Pierce, chronicled a single day in the lives of a group of New York teenagers. The controversial film was less succesful than anticipated, but the soundtrack, composed entirely by Barlow in collaboration with other artists, still gained national attention. Especially notable was lead single “Natural One,” a Nine Inch Nails-style groove which was the standout track from the film.

Hopefully, this look back at the "90’s songs time forgot" not only took you back to another time, but reminded you of some favorite songs that still bring back great memories...even if the rest of the world has left them behind!