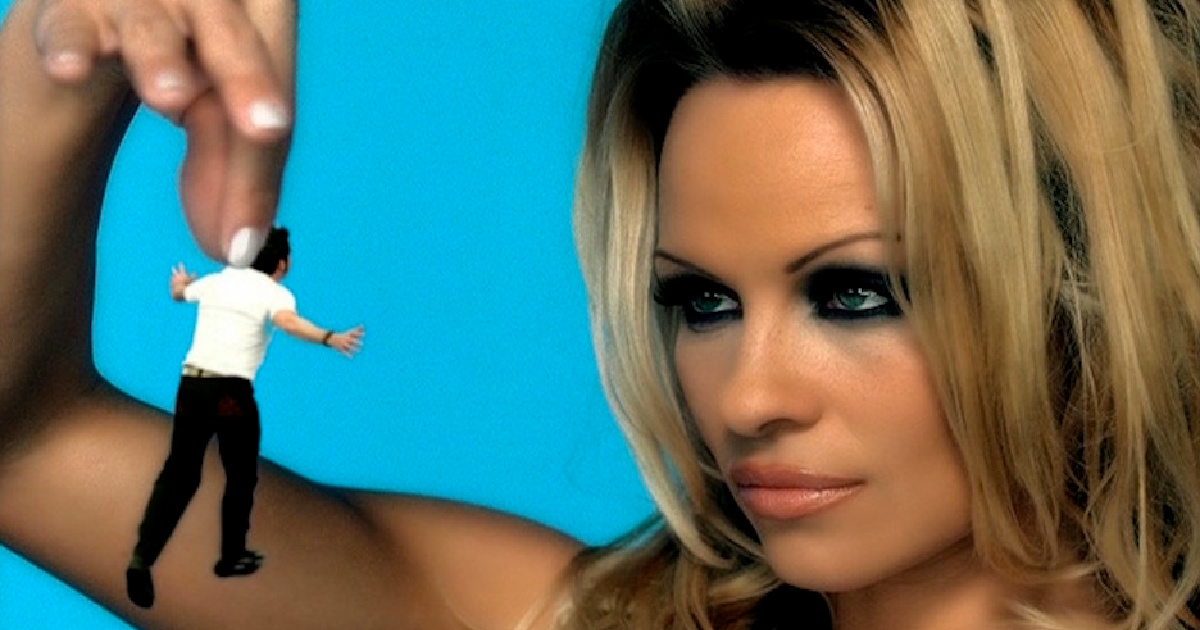 The history of music is littered with artists called one-hit wonders. The name is fairly self-explanatory: groups that had a huge, memorable hit but were never able to duplicate, or even come close to, that same level of success with another song.

But the fact is, every artist who ever had a big hit at least had a chance to follow it up with another song. Those songs usually get big marketing campaigns from record labels and are embraced by radio and other media hoping to cash in on the artist’s initial success. So, while these follow-up songs often fail to make a lasting impression, they frequently receive a lot of exposure and therefore, even though you haven’t thought about them in years, they might be buried somewhere deep in the recesses of your brain or your CD collection. This was especially prevelant in the '90s as alternative rock was on the rise and labels seemed more open to trying something different. Here's our round-up of the follow-ups that found themselves a little lacking.

The Hit: “Sex and Candy”

The band Marcy Playground, named for lead singer John Wozniak’s grade school, Marcy Open, in Minneapolis, burst onto the Billboard Modern Rock chart with “Sex and Candy” in 1997. It was actually the second song released off the band’s self-titled album following the first single, “Poppies.”

The Follow Up: "Saint Joe on the School Bus”

Long before bullying was a widely acknowledged issue, Marcy Playground was talking about the problem with their song “Saint Joe on the School bus.” It wasn't a complete flop, though, as the song made it to number 8 on the Modern Rock chart and number 31 on the mainstream Rock chart before disappearing into obscurity.

The Hit: “My Own Worst Enemy”

Following up their first independent release Tripping the Light Fantastic, Lit released their second album A Place in the Sun in early 1999. The album included the song that would become the band’s signature song, “My Own Worst Enemy,” which spent 11 weeks at number 1 on the Billboard Modern Rock chart and won the Billboard Music Award for best Modern Rock Song of 1999.

There were actually two songs released from A Place in the Sun. The first was “Zip Lock” which disappeared without any fanfare despite a video that featured Blink-182. The second, “Miserable,” actually became one of the most played rock songs of the year 2000. But even with that much radio support and a video that featured the band walking around on a giant-sized Pamela Anderson, “Miserable” has slipped out of the memory of most '90s alternative rock fans.

Originally formed in Seattle in 1993, it took until 1997 for the band Harvey Danger to breakthrough with “Flagpole Sitter.” Coming off the album Where Have All the Merrymakers Gone?, “Flagpole Sitter” spread from their hometown of Seattle to Los Angeles through heavy airplay on KROQ-FM, an influential alt-rock radio station. That led to more recognition with the song doing well on both Billboard’s Modern Rock and Top 40 charts and also being featured in many movies and TV shows including the immensely popular and now cringe-worthy “American Pie.”

After their initial success, the band wanted to release a song called “Carlotta Valdez” but were overruled by their record label who wanted to go with the track “Private Helicopter.” The song wasn’t well received, failing to chart or make any impact with the burgeoning alternative scene.

The Hit: “Inside Out”

Fans of The X-Files probably know that the band Eve 6 took its name from an episode of the show that featured a character with that name. Released in 1998, their self-titled album went platinum (one million copies sold) mostly due to the popularity of the song “Inside Out” which went to number one of Billboard’s Modern Rock chart and was a staple for many weeks on MTV’s Total Request Live.

Unlike some of the other artists mentioned in this article, Eve 6 didn’t completely fall off the radar after “Inside Out.” Their second album, Horrorscope achieved gold status (500,000 copies sold), But before the band went back into the studio, they did try releasing two other songs from their debut attempting to cash on their momentum from “Inside Out.” Unfortunately, neither “Leech” or “Tongue Tied” proved to be at all memorable.

One of the more tragic stories in 90’s alternative music, the band Blind Melon formed in 1990 in Los Angeles led by charismatic lead singer Shannon Hoon. Their song “No Rain” dominated radio airplay in 1993 and the video featuring the distinctive Bee Girl – a young girl in a bee costume – became a cultural touchstone. While the band would go on to record two albums, Hoon unfortunately overdosed and died on the band’s tour bus in late 1995.

The song “Tones of Home” is a unique case in this world of follow-up flops. The song was actually released before “No Rain” came out and met with lukewarm response peaking at number 20 on Modern Rock chart. But, following the massive success of “No Rain,” it was re-released, and made it to number 10 on the chart before falling off and being relegated to a trivia question.

The Hit: “Standing Outside a Broken Phone Booth with Money in My Hand”

After years of struggling to gain success and with the band already falling apart, Primitive Radio Gods singer/bassist Chris O’Connor was cleaning out his house when he came across some demos and decided to send copies to every record label he could think of. The song “Standing Outside a Broken Phone Booth with Money in My Hand,” which samples a B.B. King record, got the attention of one executive and eventually landed them a record deal with Columbia Records. The song appeared on the movie soundtrack for The Cable Guy in May of 1996 and became a giant hit.

The band, which quickly reunited and toured due to the success of their big hit, tried to release a second song called “Motherfucker.”  Not surprisingly, it got almost no attention of any sort. There isn’t even a video of any sort on YouTube. Despite their success, the band was dropped by Columbia Records without any real explanation. They signed to a new label for their next album which was delayed when that company went through a merger. By that point, the fervor had cooled, and the band was destined for one-hit wonder status. For anyone genuinely curious, here is a recording of “Motherfucker.”

Hopefully, you’ve enjoyed looking back at the big hits that were and the follow-up songs that weren’t as much as we enjoyed digging back into history to find these tracks. And to hear more of the hits that preceded the flops, be sure to check out AccuRadio’s 90’s One-Hit Wonders channel.