Exclusive Channel of the Day: "Once Upon a Time in '69"

From our collection of distinctive AccuRadio channels -- nothing sets the scene better than music, especially on film.

A more than half-a-century flashback to the sound of Boss Radio, plus tracks from the film "Once Upon a Time in Hollywood"

The Manson family, Boss Radio, and late-sixties L.A.: The sound of Tarantino’s Once Upon a Time in Hollywood

Once Upon a Time in Hollywood, Quentin Tarantino’s 2019 fictionalization of the film industry of the late-’60s and the Manson murders presented a compelling entry point for sampling of the pop music of 1969, fifty years later.

Tarantino's films are known for their fantastic soundtracks, and in order to create the appropriate audio world to set the stage for the action in this film, the director and his longtime music supervisor Mary Ramos reportedly pored through 14 hours of 1969 airchecks from legendary L.A. Top 40 radio station KHJ (“93 Boss Radio”). They used (and created) DJ drops and contemporary-sounding radio spots, and coupled them with energetic and optimistic contemporary music to perfectly parallel the warmth and light of the film’s visuals. 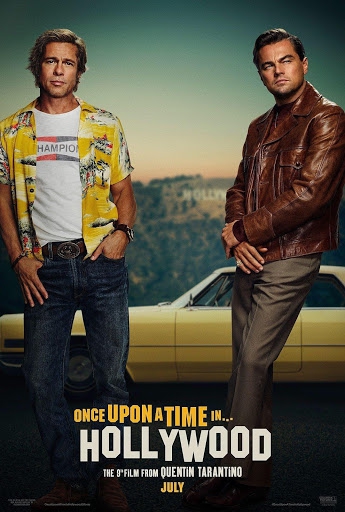 OUaTiH itself can be considered a love letter to 1969 Hollywood, with hazy, sun-drenched scenes of mid-century So-Cal landmarks, Hollywood celebrity, hippies, and American cars the size of small apartments. But like fading treasured photographs, the gauzy light is itself failing. The sun is setting on the decade, and the optimism of post-war America and the Summer of Love.

The storyline is a fictionalized account of the Hollywood film industry at an inflection point (and the twilight of the two main characters’ careers) and the gruesome, shocking violence of the Manson Family murders.

But for the purposes of a musical retrospective, the movie also captures the breadth of Top 40 radio of the day – rock ‘n roll, soul, bubblegum pop and more. And the patina of an era now fifty years gone is enhanced by the song choice – that is, not the well-worn classic rock tracks that still “test” well with listeners today (hits from The Beatles, The Doors, and Aretha), but songs and artists that perhaps even better capture the era because they themselves seem much more limited to it.

Like a Polaroid of a party held in your long-since-redecorated living room, spurring your memory of earth-tone shag carpeting and splashy ‘70s apparel, the “datedness” of the tracks packs a far more powerful nostalgic punch than had the filmmakers simply used the “golden oldies” classics of today your kids probably know by heart: José Feliciano’s take on “California Dreaming,” Tommy Roe’s “Dizzy,” Lou Christie’s “I’m Gonna Make You Mine,” The 5th Dimension's “Working on a Groovy Thing,” and Vanilla Fudge’s eerie and plodding cover of “You Keep Me Hanging On.” One particular favorite into which the film seemed to breathe new life is Neil Diamond’s “Brother Love's Traveling Salvation Show.”

For AccuRadio's take, the channel Once Upon a Time in ‘69 combines Tarantino’s and Ramos’s soundtrack picks, and adds in more vintage 1969 treasures – classics and near-classics – in an attempt to recreate the sound and spirit of the movie.

And if it’s true that a 20-hour cut of the film exists, well, that’s just that much more music for us to add to the channel. Here’s hoping!

More Channels From Exclusive Channel of the Day: "Once Upon a Time in '69"