Exclusive Channel of the Day: "Binge This: Miami Vice Throwback"

From our list of unique offerings, we dive head first into the mid '80s.

The southern Florida vibe that powered this classic series, which debuted in 1984 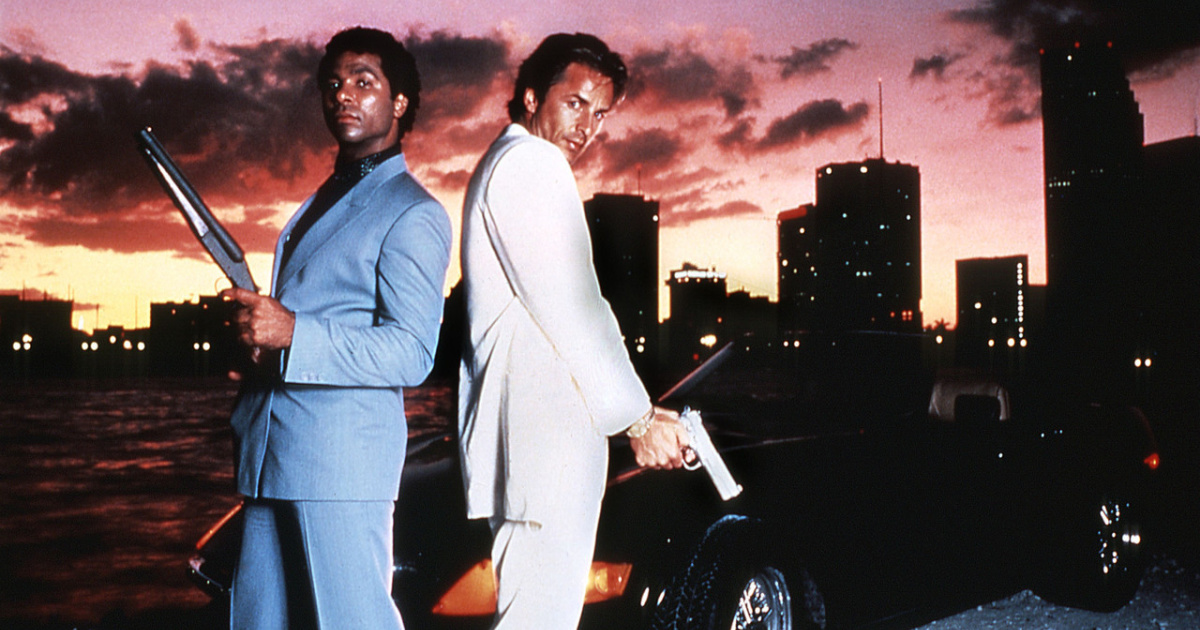 The 1980s had arrived! MTV was the biggest thing in the world, and the music videos they aired proved to be an unstoppable tool highlighting new styles of storytelling, fashion, and culture. Movies and TV shows started taking editing cues from these music videos, creating a technique that is still widely used to this day. The style, the sound, and the songs - Miami Vice had it all.

If the rumor is to be believed, Brandon Tartikoff, the head of NBC, wrote two words on a piece of paper - “MTV Cops.” The rest was history. Michael Mann, the producer and eventual showrunner of Miami Vice isn’t so sure about that story, but between Ray-Ban sunglasses, flashy cars, baggy pastel suits, and quickly cut video, aping the style of the music videos of the day, “MTV Cops” turned out to be an apt description.

It’s difficult to imagine these days, but the entire style of editing the visuals of a TV show to synch up with and match the music wasn’t the widely-used technique that it is today. Watching Crockett & Tubbs cruise the streets of nighttime Miami while Phil Collins tells us about feeling something “In the Air Tonight,” proved that this new style was clearly working.

Toward the end of the first season, the show used the song “Smuggler’s Blues,” which had come from a recent Glenn Frey album. The song was such a good fit that not only was the episode in question named after the song, but Glenn Frey even made a guest appearance on the show, playing a pilot. But this wasn’t to be Frey’s biggest Miami Vice moment. 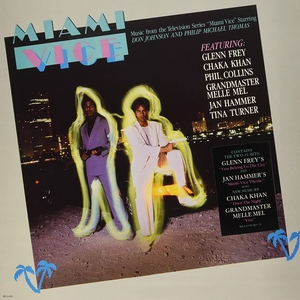 By the time the show’s second season hit the air in 1985, it was one of the top 10 shows on television, and a month after that season began, the Miami Vice Soundtrack was released. The album knocked Dire Straits out of the number one spot, and then proceeded to hold strong for 11 weeks, launching several of its songs onto the charts as well.

“Smuggler’s Blues,” which was re-released as a single for the soundtrack, made it to number 12 on the Billboard charts, while “You Belong to the City,” another Frey song which was written specifically for the show, made it all the way to number 2, but even this wouldn’t be the show’s biggest hit.

The propulsive Miami Vice theme song by Jan Hammer had been a perfect fit to set the stage for the flamingos, jai aliai courts and swooping helicopter shots of the show’s intro, and eventually that theme would propel Hammer to a level of success that the life-long musician had never seen before (or, indeed, would ever see again.)

After growing up in Prague and eventually studying at the Berklee School of Music, Hammer had a long career playing sideman for Sarah Vaughan, Jeff Beck, the Mahavishnu Orchestra and more. Hammer had done some work on film scores but hadn’t really found success in that lane before being introduced to Michael Mann. When Hammer heard the description for Mann’s forthcoming show, he had the perfect thing, playing Mann a piece of music that would go on to become the show’s legendary theme song. It was a wonderful fit, and it led to Hammer scoring most of the show’s five-season run.

While the original version of “Miami Vice Theme” was just a minute long, for the single version on the soundtrack album, Hammer stretched the theme out to three minutes of propulsive keyboards and synthetic guitar licks, and it worked better than he anticipated. Not only did the song hit the top spot on the charts, but it would take 28 years before another instrumental track hit number one!

Listening to the music of Miami Vice these days tends to transport many of us back to that very specific time and place, and you can revisit these songs and many, many more from the show’s history on AccuRadio's Binge This: Miami Vice Throwback channel. Don’t forget the Ray-Bans!

More Channels From Exclusive Channel of the Day: "Binge This: Miami Vice Throwback"