As Heard on TV: Hits Used in Commercials

All those great songs you hear in television commercials!

Not All Commercial Parodies Are Like GEICO and Tag Team 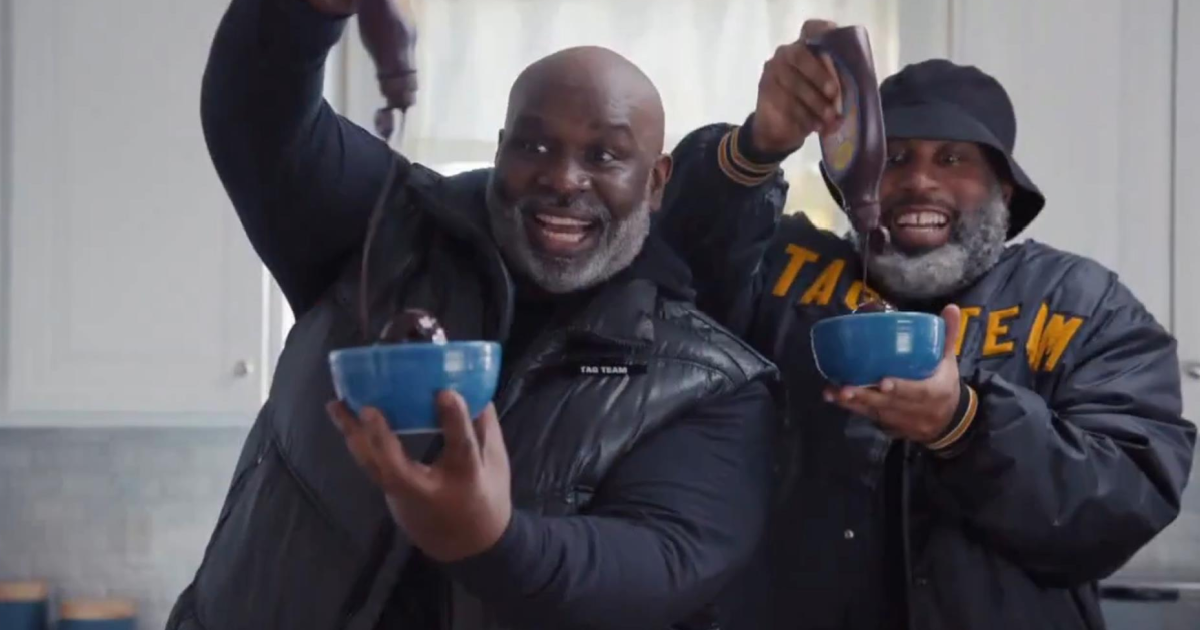 Insurance is boring, but for quite a while now, advertising for insurance products is having a creative renaissance. There’s been "Mayhem" talking about how you need Allstate, and we've obviously seen Flo and her team hawking Progressive, but with a variety of campaigns that include a Gecko, Cavemen and people with tap dancing neighbors, Geico has taken things to another level. The company’s latest, a parody spot featuring hip hop one-hit wonders Tag Team is just the most recent example of their ad agency finding creative ways to sell insurance.

In the commercial, Tag Team – better known as D.C. Glenn and Steve Gibson – appear in a woman named Tasha’s kitchen to help her plan dessert. Then, with the words “French Vanilla, Rocky Road, Chocolate, Peanut Buter, Cookie Dough” the two kick off an ice-cream flavored parody of their hit song “Whoomp There It Is.”

What makes this particular commercial special isn’t just the yell of “Sprinkles” with an ode to Lebron James at the end. It’s that the song parody is actually good. Unfortunately, advertising is littered with a long history of spots that weren’t nearly as good.

Here’s five examples of commercials with songs that didn’t translate anywhere near as well:

The Outfield’s “Your Love” Leads to Bouncing

Not much more than a one-hit wonder artist, The Outfield licensed their hit “Your Love” to Bounce in 2016 for this unfortunate spot that involves wrinkled shirt and jumping up and down with business partners from overseas.

Swiffer Cleans the Floor with Devo

“Whip It” came out just as MTV was starting embracing alternative sounds in the early 80’s, and while it may be Devo's best-known song, Akron Ohio’s native sons had a long and successful career, even being considered influential to many of the musicians who followed. This makes the licensing of “Whip It” to Swiffer in 2003 even more unfortunate to the band's legacy than The Outfield's ad. At least at the end of this spot, the ad itself acknowledges just how bad the parody is.

Chevy Celebrates With Kool, The Gang, and Cars With Names That Start With C

Creating parodies of popular songs isn’t a new trend in advertising, as this 1983 spot featuring actor Scot Bakula illustrates. Taking Kool and the Gang’s ubiquitous hit “Celebrate” and turning it into "Chevrolet" isn’t as egregious as some of the other examples listed here, but it’s still groan-inducing. And make sure to take notice of how many of the car have names starting with the letter “C” just like Chevrolet and celebrate.

Possibly the most painful of the group, this commercial for Maxwell House coffee takes the song “Our House” by Madness and makes it all about coffee. Brace yourself for an interpretation you never expected or wanted.

Of all the artists featured here, Queen is clearly the most successful. That being said, it’s not too surprising that Queen licensed out their song “Bohemian Rhapsody” to Mountain Dew. Bands need to make money and it’s a good brand for a classic rock artist to be associated with. What’s surprising is they apparently didn’t have any creative control over what happened next.

Hopefully this trip down commercial memory lane helps you appreciate just how good the Geico / Tag Team “Scoop There It Is” spot really is. If you'd like to immerse yourself in more music that has made it's way into the advertisements on our screens over the years, check out AccuRadio's “As Heard On TV” channel.