Carl Reiner, the writer, producer, director and actor who was part of Sid Caesar’s legendary team and went on to create “The Dick Van Dyke Show” and direct several hit films, has died. He was 98. He died of natural causes on Monday night at his home in Beverly Hills. 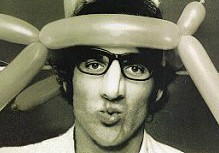 [Listener discretion advised!] Standup and sketch comedy from the '50s to today